Ecology up the money tree: Pacitti Company's A Forest by David Berridge

Conceived and directed by Robert Pacitti 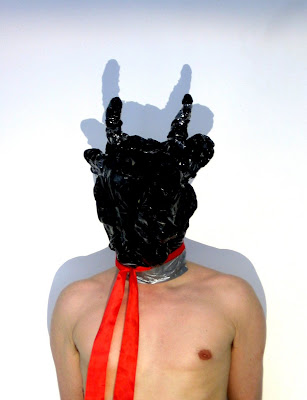 There’s been little about nature in the shows at this years SPILL. Or, at least, not much about the non-, other- or more-than human bits of it, if one excludes the dogs and horses of Castellucci. So, feeling a bit eco-starved, I felt somewhat expectant waiting outside the Barbican’s Pit to see a show called A Forest.

Actually, A Forest, too, had little in the way of nature, if by that I meant pastoral landscapes, lush vegetation, living animals, or just lots of green. For their hour long show Pacitti Company had modified the Pit into a small space in which a circle of chairs surrounded an island of 2p pieces. If the shape suggested an island biogeography, with all the uniqueness and variability Darwin found so exciting on the Galapagos Islands, then its bronze mass suggested geography had become money slightly quicker than money had become landscape.

A man lying on the coins. I can’t remember if he was naked at the beginning of the show, but he was naked at the end, and in the beginning, if he wasn’t, he acted as if he wished he was. He writhed on the coins, kissing and licking them. At the end of the show a bare tree was arranged above his naked body, both trapping and growing out of his body like some mutant rib-cage extension. No leaves, though, or not until two other performers had pinned a show-off, greedy foliage of fifty pound notes to its branches.

In-between these two scenes, A Forest sought to construct its own biogeography, defined by how body, nature, and money were all a part of some slightly traumatic ecosystem of desire. Central to this eco-restoration endeavor was a man stood at a microphone telling stories. The details haven’t stayed with me, and maybe that was the point. If the style and tone of his narratives reminded me of folk stories, he had a relish for details that stood out from and even abolished the narrative, proposing instead an immediate, visceral value. A man threading his eyes with red thread, for example, or sticking pins in his heart.

Over on the other side of coin island was its ring-mistress. On entering the Pit all of the audience were handed two pence pieces, before finding bald dolls on their seats. The woman came round with a money box, and everyone placed their coins inside. That seemed the end of the matter, but then the woman was back to show the audience, not the money box but both her breasts. Later she came round with a tray on which was a pair of pigs trotters. Were these the principle raw materials on which this economy-ecology depends? Later still, she collected the bald dolls, covering them in coins, both burial and blessing.

Her relationship to the man in the middle was more hands-on. Not that the man didn’t have actions to perform under his own volition. At one point he ran around the circle of coins, like a lurcher running and running until it just collapses. But ultimately his movements were determined by the woman, who tied antlers to his back. Or she ran back and forth over the coins, jumping over his naked body. Such actions summed up the tone of their relationship and the piece as a whole: caught in a tension between conscious and unconscious; autonomy and projection; flow of narrative against the fixed, iconographic image.

The naked man with the antlers on his back captured a lot of these tensions. As an image was it a mythical creation, or product of performance’s capitalist need for ever new product diversification, or both? Similarly, A Forest used storytelling to see if its conservative forms and agendas could be applicable to a more political, Queer agenda. Or does the poetic power of such stories always overwhelm the political interests of a particular teller and time? Pacitti Company hopes for the former, but tentatively, and A Forest was a laboratory for such a hope.

Take the coins themselves and how they were lit. Sometimes they were isolated in the space: a warm light gave them a semi-magical bronze-becoming-gold aura. Other times the light was more flat and the coins were part of the broader environment. Not totally ordinary, of course, because it was an enormous very non-everyday number of 2p pieces. If we can’t make stories our own, or insert them into our own political and performance agendas, we can at least work back and forth between their magic and their almost-everydayness, and see what, if anything, happens.