Not Waiting by Mary Paterson 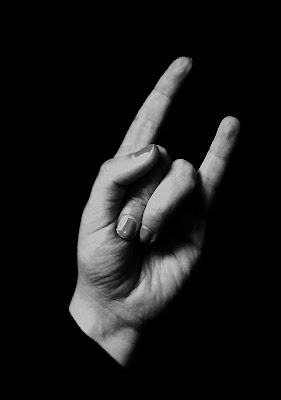 Intermission. The middle. The in-between. The time when you have a drink in the bar, or the performer in Pacitti Company’s Intermission drinks beer in the middle of the stage. Thinking time, when something has ended and before something else has begun. Intermission. When the world is still going on around you.

At the start of Pacitti Company’s show, Sheila Ghelani – the only performer onstage throughout – unveils nine cloaked figures. Like furniture stored under dustsheets, these figures have been waiting quietly, while the audience fills the auditorium. Ghelani reveals them to be nine microphones, each bearing a label: ‘Fiction’, ‘Glossary’, ‘Fact’, ‘False Starts.’ She moves between the mics, talking straight to the audience with the confidence of a practised speaker, the determination of someone with something to say.

At first it is obvious what these different mics stand for. At ‘Glossary’, Ghelani reads out a litany of terms to describe immigration; at ‘High Horse’ she describes a set of reasons why ‘they’ shouldn’t come ‘here’; at ‘Fact’ she tells us about the emigration and immigration of the swallow. The mics are different sides to an argument, different means of expression – even if they’re different means that could be used by the same person. But before long, this clarity of purpose is dissolved. Ghelani’s subjects become more personal – sex, death, love, ambition – and she stands at ‘High Horse’ wondering why things have turned out for her the way they have. ‘…And I feed myself,’ she says, ‘I mean, that’s not the done thing, is it? In this day and age – for a woman to feed herself.’

At these moments, the simple set-up on stage stops being a device for communication and becomes a very urgent means of understanding the complexities of another mind. The mics, with their neat labels, might stand for different points of view, but Ghelani (and it does feel like Ghelani, a real person and not a character performed, who is confronting us on stage) won’t be divided up and packaged neatly. She needs all these mics and more; she needs to stand at them and amid them; she has an opinion and also something further, something in-between.

When she is not speaking with soft determination into the microphone, Ghelani fixes the audience with an electric stare and dances towards us. She flicks her wrists in flamenco, or shakes her hips to the punch-line of a joke, and all the time her eyes are fixed on us, fixating us with the sharp sting of another person appearing in full. The thrill of Intermission is in the shocking vitality of this person on stage: the complexity of her thoughts and the richness of the way she moves. When she tackles death Ghelani walks to the microphone called ‘Fact’ and falls silent. This vital, full person – Stops. It is an apt metaphor for the unknowable-ness of death. For the audience watching, for a short, shivering moment, it also enacts the loss and terror that death brings. It’s a relief when Ghelani returns to us, smiling a knowing smile, full of life and energy once again.

This energy is sustained, in part, by a continuous soundtrack that ripens Ghelani’s conversational language. Sometimes a musical accompaniment, sometimes famous words uttered by famous people, and once, most memorably, the looped, rhythmic sound of someone weeping, the soundtrack both drives Ghelani’s speech forwards and snags the words back again. The rhythm acts as imperative and remainder, providing a continuous flow that connects the work to itself, as well as an atmospheric counter-reading of Ghelani’s thoughts. When she talks about love, for example, it is to the jaunty sound of a marching band, an incongruous mix that emphasises the banality of the list of sexual positions she recites. But this incongruity also emphasises the importance of Ghelani’s description of a single lover’s glance. The music drives the rhythm of the list only to dilute its sexual content - and, therefore, the latent eroticism of a woman reciting it on stage – which emboldens, instead, the eroticism of something far more personal.

In fact, Intermission is made up entirely of ‘something far more personal’. Pacitti Company’s in-between time is not a waiting room for life, it’s the very stuff of life itself. It is the thoughts and opinions that don’t have a department to fit into. It’s the mess that spills into a human being. And what can you do with all this information? The final, iconic scene poses a question about what it means to understand another person in full. Do you see her energy burning bright, or do you watch her energy burn away?